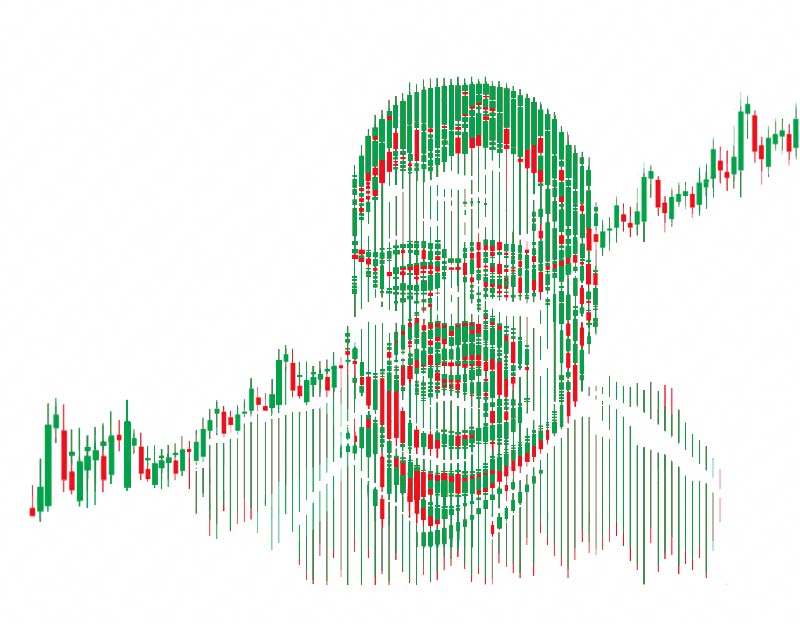 On the morning of 14th August 2022, the Indian financial world woke up to the shocking news of the death of investor extraordinaire Mr. Rakesh Jhunjhunwala. Suffering from multiple health issues related to heart, diabetes and kidney, Jhunjhunwala passed away at the age of 62 in Mumbai’s Breach Candy Hospital. Despite his relatively short life span, Mr Jhunjhunwala leaves behind a chequered legacy that will continue to guide and inspire budding traders and investors for generations to come.

Mr. Jhunjhunwala spent his active life in some of the most eventful decades of the Indian financial market. He built his ladder to investment superstardom and rose with a measured aggression that is unparalleled in the Indian landscape. He balanced trading and investing with equal elan, making quick bucks in some stocks while holding others for decades.

Mr. Jhunjhunwala wore many hats and excelled in all of them. He was a chartered accountant, an investor, a trader, a businessman, a film producer and a philanthropist.

Rakesh Jhunjhunwala was born on 5 July 1960 in Hyderabad to a Rajasthani-Marwari family. He grew up in Mumbai and his father was a Commissioner of Income Tax. Mr. Jhunjhunwala studied at the Sydenham College of Commerce and Economics in Mumbai, and thereafter completed his Chartered Accountancy from ICAI. He was married to Rekha Jhunjhunwala and the couple has three children. His asset management firm RARE Enterprise is a portmanteau of the couple’s first names.

His Walk Down the Dalal Street

Legend has it that Rakesh Jhunjhunwala borrowed Rs. 5,000 in 1985 to start his stock market journey. Sensex was at 150 points at that time. He also convinced one of his brother’s clients to lend him Rs. 2.5 lakhs by guaranteeing him a return higher than fixed deposits. By 1986, he managed to buy 5,000 shares of Tata Tea for Rs. 43 per share. The shares went up by more than three times within three months. But his love affair with the Tata Group had only started.

By his third year as an investor, Mr. Jhunjhunwala earned around Rs. 25 lakhs from the market. It was around this time that he took a calculated risk with iron ore exporters Sesa Goa. He started buying the stock at Rs. 28 per share onwards. He continued to buy at higher prices, but the price soon rallied to Rs. 65. Fast-forward a few years and Sesa Goa shares were being traded at Rs. 2,200 with Mr Jhunjhunwala still holding its shares. Identifying multi-bagger stocks soon became his secret recipe for success.

It must be noted that the famous Big Bull of Dalal Street was also a bear in his early days. During the Harshad Mehta heydays, the share market was perilously heading for zenith. Mr. Jhunjhunwala was one of the few bear investors who shorted stocks and made money from the inevitable crash.

Jhunjhunwala’s tryst with Tata Group and multi-bagger stocks achieved crowning glory with Titan. Twenty years ago, he bought Titan Company Limited shares in and around the Rs. 30-32 price range. At the time of his death, he was holding over 4.4 crore shares at a market price of Rs. 2,471! In 2006 he picked Lupin which has now grown five times, with CRISIL, Aurobindo Pharma and NCC being other prominent multi-baggers in Mr. Jhunjhunwala’s portfolio.

Along the way, Mr. Jhunjhunwala was also adept at hitting when the iron is hot. Only last year, he made a profit of Rs. 50 crore in 8 days during the Zee Entertainment Sony India merger.  He was also involved in the promotional stages of companies like Star Health and Metro Brands until their listing in 2021. Akasa Air turned out to be his last venture, launched days before he passed away.

His investment journey culminated in a $5.8 billion fortune which is a testament to his Midas touch on the stock market. However, this Midas touch is the result of astute market strategy and the persistence to stay true to one’s own mantras.

Rakesh Jhunjhunwala has over the years shared his words of wisdom on investment and market strategies. Most of these are the basics of the business that investors need to adhere to.

Buying right, sitting tight - Mr. Jhunjhunwala always advised investors to do their research and invest in the right company. Once you invest, you should trust the company and its business even if the share’s traded price falls. Panic and market emotions must not influence your investment decisions.

Keeping emotions and stocks separate – Although he invested for the long run, Mr. Jhunjhunwala was not shy to sell off stakes when the opportune moment arrived. He maintained that he doesn’t mind being emotional about his family, but never about his stock holdings. He acknowledged that long-term investment in a share can have sentimental value, but he always valued the importance of exiting on time.

Patience – The simple virtue of patience has helped Rakesh Jhunjhunwala to weather severe market conditions. He saw his holding getting corrected by 25-30% several times throughout his career. However, he held on to his investments and instead used such corrections as buying opportunities. His net worth in the 2019-21 period is a classic example. His wealth value dipped from $2.8 billion in 2019 to $1.9 billion in 2020, before bouncing back to $4.3 billion in 2021.

Going against the tide – Paraphrasing Warren Buffett’s strategy of being fearful when others are greedy, and being greedy when others are fearful, Mr. Jhunjhunwala professed the use of personal research rather than following a herd mentality.

Avoiding unreasonable valuations - Mr. Jhunjhunwala always avoided companies that were valued unreasonably and hogged the spotlight. Too much public interest generally inflates the demand for the share, which in turn leads to a correction at some point.

Rakesh Jhunjhunwala’s famous quotes and observations are worth remembering, particularly when you are about to make an investment decision. As we bid goodbye to one of the most iconic names of the Indian Stock Market, we leave you with some of Big Bull’s classic quotes,